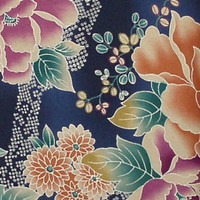 EFF mentions “unmetered” once regarding how the duopoly currently says “unlimited” yet stifles BitTorrent or whatever else it thinks is too much.

George Ou flips that one word around: EFF wants to saddle you with metered Internet service. Scary, eh?

You know, I remember real metered pay-per-byte telephone charges, where Ma Bell would charge you a flat rate for the first three minutes and cash in for every minute thereafter, and the European PTTs would also add in exorbitant international fees. That’s not what EFF is recommending. END_OF_DOCUMENT_TOKEN_TO_BE_REPLACED

So what’s up? Was it a simple slip? Or is the guy so out of touch with reality that he doesn’t realize that with a few words he has probably deferred — maybe forever — at least a million new customers worth to Wall Street at least $1 billion in market cap for his company?

I don’t think Stephenson’s statement was by accident and I don’t think he is out of touch with reality. I think, instead, he was sending a $1 billion message to Apple CEO Steve Jobs.

Well, it could be either. This is the same AT&T that couldn’t produce its own iPhone and had to make a deal with Apple; AT&T could be so out of touch that it doesn’t know what it’s doing in this announcement. And maybe Stephenson resents that so much that he does want to hurt Apple even if it hurts AT&T. If he thinks he can get away with it, it amounts to the same as being out of touch, because Apple could produce an unlocked iPhone and sell it on all AT&T’s networks, especially if Stephenson gives Jobs enough excuse to break Apple’s contract with AT&T. Or, as Cringely points out, Apple could join Google in bidding for 700Mhz spectrum, or enable its Apple computers for VoIP, or come up with something else that isn’t covered by the existing contract. Jobs and Apple know how to innovate. Telcos don’t. No wonder AT&T is scared.

“I’d never seen a football game on a big screen like that. It didn’t look very good.”

I’m not sure AT&T wanted that kind of reaction to watching a Texas football team in Austin, the capital of the second most populous state. The local cableco in Austin, Time Warner, didn’t have the game (Dallas Cowboys and Green Bay Packers), which was on the NFL Network, which has a deal with AT&T. Most legislators didn’t even show up to watch. Interesting, considering that legislators and regulators are the real audience of the duopoly.