FTC Chairwoman Deborah Platt Majoras said that without evidence of “market failure or demonstrated consumer harm, policy makers should be particularly hesitant to enact new regulation in this area.”

So in a “market” where the average customer has at most two choices, we’re supposed to wait for a market failure? END_OF_DOCUMENT_TOKEN_TO_BE_REPLACED

Sometimes not listening to customers can be fatal to an industry:

While there are factors outside of the labels’ control — from the rise of the Internet to the popularity of video games and DVDs — many in the industry see the last seven years as a series of botched opportunities. And among the biggest, they say, was the labels’ failure to address online piracy at the beginning by making peace with the first file-sharing service, Napster. “They left billions and billions of dollars on the table by suing Napster — that was the moment that the labels killed themselves,” says Jeff Kwatinetz, CEO of management company the Firm. “The record business had an unbelievable opportunity there. They were all using the same service. It was as if everybody was listening to the same radio station. Then Napster shut down, and all those 30 or 40 million people went to other [file-sharing services].”

— The Record Industry’s Decline, Record sales are tanking, and there’s no hope in sight: How it all went wrong, by Brian Hiatt and Evan Serpick, Rolling Stone, Posted Jun 19, 2007 2:29 PM

How close were they? END_OF_DOCUMENT_TOKEN_TO_BE_REPLACED 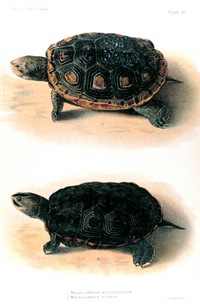 The net in the U.S. is so slow even the mainstream media have finally noticed:

The USA trails other industrialized nations in high-speed Internet access and may never catch up unless quick action is taken by public-policymakers, a report commissioned by the Communications Workers of America warns.

“We have pathetic speeds compared to the rest of the world,” CWA President Larry Cohen says. “People don’t pay attention to the fact that the country that started the commercial Internet is falling woefully behind.”

Of course, we’re not going to get internationally competitive speeds until there are some serious structural changes in the ISP “marketplace”, producing more competition somehow. And broadband isn’t the point; Internet access is. Plus speed alone is trivial; without choice and participation it’s nothing. But speed helps draw in participants, and once we’re online, speeds lets us do more things. So it’s good that USA Today is paying attention; maybe its readers will, too. Then maybe they’ll ask for something better than two turtles.

Today is the Day of Silence for Internet Radio:

If you’re accustomed to listening to streaming Internet radio or streaming music services such as Pandora, you may be surprised to discover that when you tune into your favorite streams today you’re greeted with silence. Many Internet broadcasters—including Yahoo!, Rhapsody, Live365 stations, MTV Online, AccuRadio, and KCRW (a popular public radio station in Santa Monica, CA)—have gone silent today in a Day of Silence protest over a change in the way they’ll be charged for their services. This change, which will levy fees based on the number of listeners tuned into a particular song rather than on a percent of the broadcaster’s revenue (as was the model in the past), will likely put most Internet broadcasters out of business.

It’s sad that the music industry as we previously knew it is dying, but nuking Internet distribution of music isn’t going to solve that problem, which the record industry largely brought on itself. END_OF_DOCUMENT_TOKEN_TO_BE_REPLACED

The duopoly is something like Shamu and Godzilla on hire for televised wrestling – giant beasts gently swatting at one another for the cameras. They aren’t competing, these giants. There is a clear failure in the market for highspeed internet access in this country.

What is to be done? END_OF_DOCUMENT_TOKEN_TO_BE_REPLACED

On the one side are traditional media – phone and cable companies, the carriers – in rare agreement. They do not want to be regulated, and they want to preserve the profitability potential that protects their network upgrades. They are therefore joined by some hardware tech firms. On the other side is what might be called the internet-industrial complex – consisting of idealistic net community folks, small start-ups, large Silicon Valley corporations pretending to be both – and Hollywood, in another strange bed fellowship.

The US Congress is in the middle; by the latest count six bills are pending, and while none is likely to be passed for now, the process itself has been a boon.

Note “internet-industrial complex”, in analogy to Eisenhower’s phrase, “military-industrial complex”. Yet the cablecos and telcos are said to be “in rare agreement” when actually they have long been acting on the same side on this issue; after all, it’s in both their (short-term) interests to keep the number of players down. With no competition, there’s no real market, and thus no real competition (which long-term means they won’t be competitive with their international competitors, 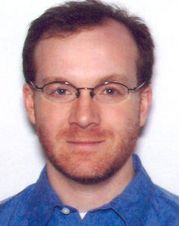 We’re seeking to do public policy advocacy in a Googley way. Yes, we’re a multinational corporation that argues for our positions before officials, legislators, and opinion leaders. At the same time, we want our users to be part of the effort, to know what we’re saying and why, and to help us refine and improve our policy positions and advocacy strategies. With input and ideas from our users, we’ll surely do a better job of fighting for our common interests.

— Taking the Wraps Off Google’s Public Policy Blog, by Andrew McLaughlin, Director of Public Policy and Government Affairs, Google, Monday, June 18, 2007 at 7:09 AM

I’m all for participation, so that caught my eye. What are they getting googley about? END_OF_DOCUMENT_TOKEN_TO_BE_REPLACED

The Wall Street Journal doesn’t trust the FCC to clean up TV:

Haven’t we seen this TV sitcom before? It’s the one in which politicians try to clean up the airwaves in the name of protecting children.

Even though parents are concerned about violence on TV, the WSJ notes that there isn’t exactly a groundswell of demand for political interference:

“The report cites studies showing that parents in the U.S. are deeply concerned about violence on TV. That may be true, but it’s difficult to square with another of the report’s findings, which is that nearly 70% of children have a TV in their bedroom. Either mom and dad aren’t as concerned about the issue as policy makers and special-interest groups would like, or they have things in better perspective.”

Is this the only conservative voice against FCC censorship of whatever it chooses to call violence? END_OF_DOCUMENT_TOKEN_TO_BE_REPLACED 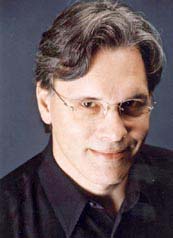 The various VoIP companies better be worried about this trick, because it’s all the incumbent duopoly really needs to say their own VoIP is an essential public service and any others are interfering with public safety. END_OF_DOCUMENT_TOKEN_TO_BE_REPLACED 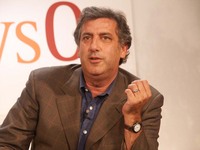 Joe Trippi thinks the Internet changes politics from spin to something better:

Internet activism is spelling the end for the age of spin, the online campaign guru Joe Trippi will warned two British politicians, suggesting that the rules for dealing with “old media” no longer apply.

“Command and control … [is] a disaster in the peer-to-peer social network world.”

— Does the Internet Spell the End of Political Spin? By Tania Branigan, The Guardian. Posted June 15, 2007.