Seven years ago, the neighborhood’s homeowners association, set up by the developer Van Metre Homes, inked an exclusive deal with OpenBand, a small Dulles firm, to provide Internet, cable and phone service to all 1,100 homes. Residents say they are now locked into an expensive, decades-long contract for second-rate services.

Erika Hodell-Cotti, who lives on Sunstone Court, says she cannot work from home because her Internet connection frequently fizzles out. The teenagers who live next door play online Xbox games at friends’ houses where speeds are faster. Dozens of neighbors have installed satellite dishes on their roofs and backyard decks, fed up with cable channels that sometimes dissolve into snowy static.

In Suburbs, Locked Into a High-Tech Lure, Fiber-Optic Service Disappoints Many, but Contracts Span Decades, By Kim Hart, Washington Post Staff Writer Monday, May 21, 2007; Page A01

The problem appears to be that the provider used a single technology and now has no incentive to upgrade. I suppose this is another example of how what Internet participants actually want is the Internet, not a specific delivery technology. A better contract, requiring the provider to at least keep up with prevailing standards, would have helped a lot.

Big telcos have been blocking calls by conference call services that route through places such as Iowa that have low rural rates for backhaul. Now one of them, freeconferencecall.com, is declaring victory:

As most of you know, we have been engaged in a battle with several major telecom carriers over the last few months. While we continue to take every precaution to safeguard our customers, several have undoubtedly been affected by the carriers’ strong-arm battle tactics. Their decision to block incoming calls to our conferencing and voicemail numbers interrupted thousands of users including small businesses, non-profits, universities and entrepreneurs alike. We have taken this issue to the courts, the government and the press, but the pivotal difference has been the outcry and support from our customers. The Federal Communications Commission, the State Attorney Generals and the telecom giants heard your collective voice and agreed to stop all call blocking. We would like to thank you for getting involved and colleague. Together we can redefine the communications industry!

I don’t know about redefining the communications industry, but they do seem to have won this round. Even the FCC agrees. END_OF_DOCUMENT_TOKEN_TO_BE_REPLACED

John Robb quotes an Estonian on a basic point:

“This is not some virtual world. This is part of our independence. And these attacks were an attempt to take one country back to the cave, back to the Stone Age.”
Linnar Viik, an Estonian government IT consultant to the Washington Post.

Speed is trivial, but you’d think we could do better than this:

The average broadband download speed in the US is only 1.9 megabits per second, compared to 61 Mbps in Japan, 45 Mbps in South Korea, 18 Mbps in Sweden, 17 Mpbs in France, and 7 Mbps in Canada, according to the Communication Workers of America.

And as we’ve seen, that list of countries could soon include Hong Kong and India, because they’re taking the problem seriously. More interesting was this was said to. END_OF_DOCUMENT_TOKEN_TO_BE_REPLACED

The Pentagon video and blogging ban is circumventable primarily due to multiple Internet providers in Iraq:

Deployed troops can still post their videos to YouTube, despite the recently announced Pentagon ban against accessing that site and ten others from government computers. The trick, says Rear Admiral Elizabeth Hight, is to use your own internet access or visit one of the rec center internet cafes, which plug into separate, commercial networks. The ban, she says, applies only to the 5 million computers worldwide connected to the official Department of Defense intranet.

— Getting Around the YouTube Blockade, David Axe, DangerRoom, 17 May 2007

I suppose we could resort to going to the local Internet cafe to get around such bans if they occur stateside. END_OF_DOCUMENT_TOKEN_TO_BE_REPLACED

Here’s what happens when you have a communications monopoly:

Computer_center_400x Not that the 11 blocked sites are clogging networks all that much today, she adds. But YouTube, MySpace, and the like “could present a potential problem,” at some point in the future. So the military wanted to “get ahead of the problem before it became a problem.”

How much bandwidth is it using? We don’t know; the Admiral won’t say.

Now if the U.S. military’s real reason is to keep the troops from posting information that could get some of them killed, I could understand that. But if so, why are they trotting out this lame excuse? And for that matter, why is the U.S. commander in Iraq saying military blogs are providing good accurate descriptions of the situation on the ground? END_OF_DOCUMENT_TOKEN_TO_BE_REPLACED 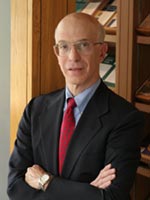 Pointing out the tiny little problem with globalization, namely that with fast global data networks many jobs from doctors and lawyers to clerks become offshoreable, an economist tries to look ahead:

What else is to be done? Trade protection won’t work. You can’t block electrons from crossing national borders. Because U.S. labor cannot compete on price, we must reemphasize the things that have kept us on top of the economic food chain for so long: technology, innovation, entrepreneurship, adaptability and the like. That means more science and engineering, more spending on R&D, keeping our capital markets big and vibrant, and not letting ourselves get locked into “sunset” industries.

If this is the case, then it would seem that promoting innovation by promoting a fast, open, and participatory Internet would be important for the U.S., and also important to the rest of the rest of the world that wants the U.S. to remain a major market. 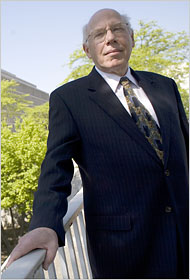 This is a kind of thing that can happen when the regulators aren’t really interested in regulating:

When Jon Oberg, a Department of Education researcher, warned in 2003 that student lending companies were improperly collecting hundreds of millions in federal subsidies and suggested how to correct the problem, his supervisor told him to work on something else.

Jon Oberg, a former Department of Education researcher, warned that student loan companies were abusing a subsidy program and collecting millions in federal payments to which they were not entitled.

The department “does not have an intramural program of research on postsecondary education finance,” the supervisor, Grover Whitehurst, a political appointee, wrote in a November 2003 e-mail message to Mr. Oberg, a civil servant who was soon to retire. “In the 18 months you have remaining, I will expect your time and talents to be directed primarily to our business of conceptualizing, competing and monitoring research grants.”

— Whistle-Blower on Student Aid Is Vindicated, By Sam Dillon, The New York Times, May 7, 2007

It wasn’t so much turning a blind eye, as claiming there was no eye.

Could this happen in the U.S. telecom/ISP regulatorium?

This is the funniest thing I’ve seen in a while. Time-Warner CEO Richard Parsons says:

“The Googles of the world, they are the Custer of the modern world. We are the Sioux Nation. They will lose this war if they go to war. The notion that the new kids on the block have taken over is a false notion.”

Which is amusing enough. Time-Warner thinks the cablecos and telcos are the original natives of the Internet? I beg to differ. Google, Yahoo!, YouTube, etc. are much more in the spirit of the original creators of the Internet technology and of the people who originally commercialized and privatized the Internet. END_OF_DOCUMENT_TOKEN_TO_BE_REPLACED

Sometimes Bob Frankston makes me shake my head in wonder:

Speed is trivial — the dial up modem completely trounced the entire Interactive TV industry thanks to the web which gave people a reason to find their own solutions without waiting for a service provider to deign to provision a path. As long as you don’t over-defined the solution you’ll get speed — it’s hard not to.

Yes, back in the 1990s, video on demand and interactive TV were the big plans of the cablecos and telcos. They tried it. Users didn’t buy it. Instead, participants bought modems and the web boomed. END_OF_DOCUMENT_TOKEN_TO_BE_REPLACED