We’re going to control the video on our network. The content guys will have to make a deal with us.”

Some say this is necessary to pay for infrastructure. END_OF_DOCUMENT_TOKEN_TO_BE_REPLACED 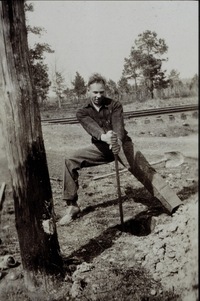 Hands Off the Internet notes that all major TV networks suddenly (since last year) stream programs over the net, and concludes:

But it’s also a timely reminder of how these deals are placing unprecedented strain on the web’s capacity. Internet traffic growth surged past capacity growth last year. Average traffic was up 75 percent while capacity grew only 47 percent, according to the folks at TeleGeography.

Poor telcos and cablecos; straining to keep up. END_OF_DOCUMENT_TOKEN_TO_BE_REPLACED 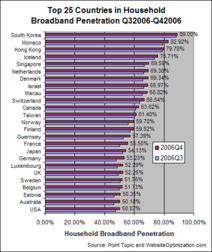 While the U.S. is number 15 out of 30 OECD countries in broadband users per capita, U.S. is number 25 among all countries worldwide as of the end of 2006. That last according to a survey by Point Topic, as interpreted by websiteoptimization.com, whose writeup also contains more legible versions of graphics from the OECD report than the OECD report itself has (wso uses HTML while OECD used proprietary formats).

The Organisation for Economic Co-operation and Development (OECD), basically the rich countries’ club, has released a report on broadband uptake.

That may sound like good news. But remember the U.S. is the third largest country in the world by population. So figuring broadband users per 100 persons, as the OECD does, the U.S. comes in number fifteen out of the thirty OECD countries. END_OF_DOCUMENT_TOKEN_TO_BE_REPLACED 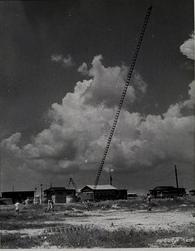 As we’ve seen, RIAA has been pushing for Internet Radio DRM, limitations to the Fair Use Act, and apparently elimination of Internet radio. This may seem counter-productive. Doesn’t the Recording Industry Association of America want to promote its recording artists? And isn’t radio a traditional way of doing that? And doesn’t Internet radio provide even wider reach of marketing for RIAA’s artists’ products?

The answer is sales. The RIAA isn’t pushing for every artist, it’s pushing a few select products. One star selling a million records is worth a lot more than one hundred stars selling ten thousand records each, even if the end numbers seem to tally up the same.

In other words, apparently RIAA is pushing the fat head and doesn’t care about the long tail; much less about participation. END_OF_DOCUMENT_TOKEN_TO_BE_REPLACED 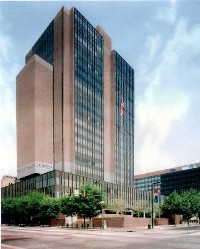 The 1998 Child Online Protection Act (COPA) has bounced back and forth between lower courts and the Supreme Court ever since it was passed, until a permanent injunction was ruled by Judge Lowell Reed of the U.S. District Court for Pennsylvania in Philadelphia on 22 March. This case had already been through the Supreme Court, in 2004:

The big split in the most recent Supreme Court COPA decision is between Kennedy and Breyer, with Kennedy saying that there are plenty of choices of relatively-effective (and certainly less-restrictive) filtering tools out there for parents to use, and Breyer essentially saying that parents are helpless so mandated shields of various kinds should be put in place to protect kids. It turns out that, in fact, parents are knowledgeable and are giving advice to their children about what to do online.

It turns out because the Pew Internet and American Life Project did a study on Teens, Privacy, & Online Social Networks, in which they asked things like whether teens hold back information from their online profiles and how much their parents know about what they’re doing. That, plus what Judge Reed had already determined, which is that there are pretty effective software screening products available that parents can use if they want to.

Yes, even children benefit from open participation through the Internet. Perhaps parents could learn from their children, too.

As we saw in AT&T’s Internet Predictions from 1993, the telco view of the Internet is as a telco-provided service. This is radically different from the Internet we have grown accustomed to, but it is what we are likely to get without net neutrality. Doc Searls gets to the gist:

The short of it is this: As long as we understand the Net as what Jay Sulzberger calls “some bundle of services delivered by the Telephone Company and/or the Cable Company”, we’ll not only never have Net Neutrality, but not even a conclusive conversation about it.

We also can’t have a productive conversation about it if we start with a regulatory conclusion and work our way back to businees from there.

Here’s a frame that may help: The Net is the best platform for free enterprise ever created. How do we help get that built out for everybody? I suggest that we’ve barely started, and that what Cringely gets from Comcast (and what most of us get from whatever company provides it) is still just an early prototype.

If the big-telco-provided Internet were actually a free market for Internet service provision, we could maybe leave it to the market to protect Internet participants by providing open access among them. But it’s not; it’s at best a duopoly (telco and cableco) in most places in the U.S. So we need laws to provide for open access. And it would be nice if we also had more service providers, so there would be some semblance of competition.

In 1993, several years after the commercial Internet was started by non-telco ISPs, AT&T produced the video “AT&T’s vision for the Internet”:
Picture phones on the ground and on airplanes. That’s in part 1 of Paleo-Future’s six part (OK, 9 part) series showing clips from the AT&T video. Watch the rest for a voice-actuated video-still-CAD phone tablet, plenty of virtual reality, and online shopping. In other words, a sort of visual AOL. Plus artificially intelligent agents and real-time voice translation with subtitles. END_OF_DOCUMENT_TOKEN_TO_BE_REPLACED

Hands Off the Internet conflates more things that just aren’t the same. First, they quote a recent story by a college physics sophomore:

Proponents of net neutrality would like you to think that large service providers had nothing to do with inventing our modern Internet, but this notion isn’t true. Even though explorations into the Internet began at major academic universities for the purpose of research, it is highly unlikely that private companies would never have entered into the market of Internet services. Companies eventually moved into the Internet communications market, albeit backed by government protectionism through such policies as the Communications Act of 1934.

— Net neutrality not for ‘the little guy’, The only ones who would feel the burden of varying price increases would be large content providers, such as Google, Yahoo and Amazon. By Christopher S. Gordon, Daily Texan, 13 April 2007

Nope, what we want you to know is that the big telcos that are the primary Internet Service Providers (ISPs) in the U.S. these days had nothing to do with inventing our modern Internet. They also had very little to do with commercializing it. The first two geographically distributed commercial ISPs were UUNET and PSINet, back in 1990. AT&T, MCI, Sprint, and all the other telcos horned in on the party years later. END_OF_DOCUMENT_TOKEN_TO_BE_REPLACED

I wondered how long it would take for somebody to try this:

“To what extent are supporters of net neutrality also tacitly supporting piracy?”

Speak up for open connectivity and free speech, as Rock the Net is doing, and you’re a supporter of piracy? END_OF_DOCUMENT_TOKEN_TO_BE_REPLACED