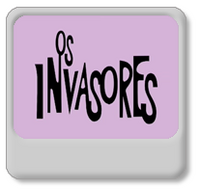 At the Anti-Phishing Working Group (APWG) meeting in Pittsburgh, one common theme was that people still fall for scams like phishing, and have little comprehension of the various forms of malware that phishing uses.

The Brazilian Computer Emergency Reponse Team, CERT.br, has one possible solution: animated videos from antispam.br. So far they’ve got a pair. Navegar e Preciso explains how the Internet works, and goes as far as firewalls. Os Invasores explains viruses, trojan horses, worms, bots, and spyware (keylogger and screenlogger). Both videos are in Portuguese, but it’s pretty easy to follow what’s going on. Spanish translations are already in progress, and other languages will probably follow.

A virus looks like a little purple crab with yellow eyese and welding torch. A worm has google eyes and a long cable-connector tail. A bot looks a bit like a worm, but with shady Doonesbury eyes, a mechanical-looking tail, and in the foreground in hand with a toy remote control. I wonder how long before somebody makes mass market toys out of these characters?

Unfortunately, I couldn’t watch these videos in Pittsburgh, because the hotel Internet “high speed” connection was so slow. Ironic, isn’t it? The most innovative approach to user education I’ve seen lately comes from Brazil, and back in the U.S. of A. there’s difficulty finding fast enough bandwidth to watch it. At the moment I’m elsewhere on a cable connection, which works, although the larger version of Os Invasores (22.4Mb) takes several minutes to get here.