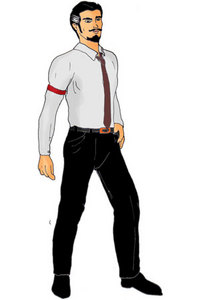 From London, it appears the emperor’s apparatchik has no clothes:

The commission, under Mr Martin, has turned US media policy into mere political theatre, while technology marches on apace, revolutionising media markets without any serious input from the regulators in the public debate about the implications.

Big Media control of the airwaves is simply not the threat to democracy and choice that it once was (in the days before cable or, for that matter, bloggers and MySpace). This is yesterday’s battle. It is time to move on to the tougher challenge: how to ensure that quality news survives the YouTube era.

Well, the first step would be to ensure that people get to look at it, for example that they are able to view the Financial Times. Economic models would be good, too. Some traditional news media seem to be developing those.

But it is not clear how one troubled industry (newspapers) can be helped by grafting it on to another one (the broadcast media), when both have essentially the same problem: the internet is stealing their advertising revenues.

Well, the New York Times has discovered can make more money by advertising if they don’t charge for articles. And that didn’t involve merging with a TV station. With real ISP competition, somebody would also develop a real first-mile ISP business plan.