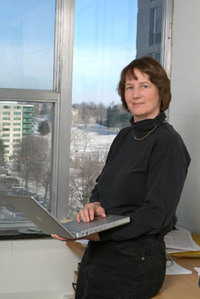 Prof. Jean Camp points out that:

This is ironically exactly the mechanism used by the Great Firewall of China. When China does it, we call it “censorship”.

She points to a paper that details that the Great Firewall of China uses exactly the same forged TCP Reset method that Comcast uses, and how to work around such damage:

“Abstract The so-called “Great Firewall of China” operates, in part, by inspecting TCP packets for keywords that are to be blocked. If the keyword is present, TCP reset packets (viz: with the RST flag set) are sent to both endpoints of the connection, which then close. However, because the original packets are passed through the firewall unscathed, if the endpoints completely ignore the firewall’s resets, then the connection will proceed unhindered. Once one connection has been blocked, the firewall makes further easy-to-evade attempts to block further connections from the same machine. This latter behaviour can be leveraged into a denial-of-service attack on third-party machines.”

Comcast, even after admitting to the FCC that it uses TCP Resets that appear to come from the other party in a P2P interchange, continues to obfuscate the issue, claiming that that’s not forged and that it’s legitmate network management. I wonder if Comcast will ever get around to admitting a few points: The best part of all this is that between Comcast and Cox forging packets, AT&T censoring music videos and promising to filter all packets to police copyright for Hollywood, etc., the duopoly keeps providing more good reasons for net neutrality legislation to level the playing field so we can get some real competition.