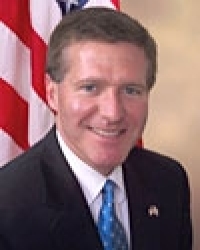 People are surprised to learn this?

In the end, it turns out it’s all about the emails.

The blogger goes on to point out that almost all of the recent fearmongering, which has been about telephone calls, is just plain wrong. Duh! Half the fearmongers don’t understand what they’re talking about (e.g., Sen. Saxby Chambliss told me that it’s because communications used to be wireless and are now over wires and coax). Their sources of talking points, such as McConnell, emphasize such things because they don’t want us to know that they’re already doing what they do explicitly propose for the future: “giving government the authority to examine the content of any e-mail, file transfer, or Web search.”

Notice he said authority, not ability. They already have the ability.

It wouldn’t be necessary for AT&T to send everything over to NSA through that “secret” room in San Francisco if all they wanted was telephone. And it’s long been clear that the thing the present administration doesn’t like about FISA is that it has to approve intercepts on a case-by-case basis.

But in response to a question at the meeting by David Kris, a former federal prosecutor and a FISA expert, Wainstein said FISA’s current strictures did not cover strictly foreign wire and radio communications, even if acquired in the United States. The real concern, he said, is primarily e-mail, because “essentially you don’t know where the recipient is going to be” and so you would not know in advance whether the communication is entirely outside the United States.

So what they want to do is to hoover up everything, without bothering to ask FISA. And they are doing it. t, even though it’s blatantly illegal. If they’re not, why do they want immunity so bad?

It may have seemed that convicted and pardoned felon Admiral Poindexter’s DARPA Total Information Awareness program went away, but government analysis of dissident opinions from large amounts of data has gotten quite a bit of research funding.

Bush asserted the new authority Dec. 20 after signing legislation that overhauls some postal regulations. He then issued a “signing statement” that declared his right to open mail under emergency conditions, contrary to existing law and contradicting the bill he had just signed, according to experts who have reviewed it.

There’s some chance that Congress may finally stand up on its hind legs and do its job of checking the executive. The FISA “compromise” vote scheduled in the House for this week has been delayed. That’s good. All Congress needs to do about FISA is to do nothing. Don’t extend it; don’t approve retroactive amnesty; don’t do anything. The court cases already filed can then proceed to find out what has really been going on. I’m betting it’s going to make J. Edgar Hoover look like a choirboy.