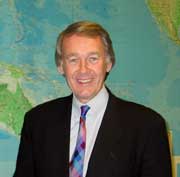 Rep. Ed Markey (D-MA) and Rep. Chip Pickering (R-MS) have introduced the Internet Freedom Preservation Act of 2008, which will amend Title I of the Communications Act of 1934 to say Internet freedom, commerce, innovation, participation, and speech are the policy of the United States. It’s interesting what this bill does not say. It doesn’t specify any regulations, so that those who oppose net neutrality don’t have a leg to stand on when they say net neutrality is all about regulation. It doesn’t say “net neutrality”: it says “freedom”, “marketplace”, “innovation”, and other positive benefits. (I think I’ll take a cue from Commissioner Copps and start referring to Internet freedom.) It doesn’t say “consumers” except a few times, including once where that word is immediately qualified by

(i) access, use, send, receive, or offer lawful content, applications, or services over broadband networks, including the Internet;

Let’s see, if “consumers” can send their own content, applications, and service, they’re not really consumers in the traditional sense, now are they?

This is all very nice, in that Markey and Pickering apparently get it about what Internet freedom is about. However, why does this bill have no teeth, unlike Markey’s bill of last year or the Snowe-Durgan bill before that? END_OF_DOCUMENT_TOKEN_TO_BE_REPLACED