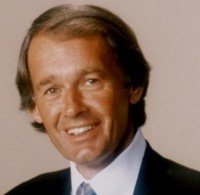 Now this would be a good thing if it happened:

That would be about as likely as Gonzales starting such an investigation.

After Markey wrote Martin in March to ask him to launch an investigation into whether telecom privacy laws have been broken, the FCC chairman wrote Attorney General Alberto Gonzales to verify that the agency could not conduct such a probe because it would violate federal laws governing disclosure of state secrets. Gonzales, who recently announced his resignation, has yet to respond to Martin.

Markey points at a number of events since his first request, such as that it’s not a secret anymore that the government has been using telcos to wiretap.

It would be good if the FCC were to represent the public interest, rather than just the telco and cableco and the administration’s interest.