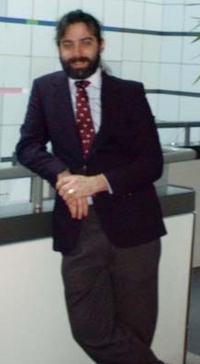 Previously we saw a last-minute reprieve for Internet Radio. I read SoundExchange’s press release, but I didn’t catch this:

Under the new proposal, to be implemented by remand to the CRJs, SoundExchange has offered to cap the $500 per channel minimum fee at $50,000 per year for webcasters who agree to provide more detailed reporting of the music that they play and work to stop users from engaging in “streamripping” ­ turning Internet radio performances into a digital music library.

So it’s that simple. Become our agents in preventing people from recording Web radio streams or face the financial axe.

Wexelblat reminds us that the people behind SoundExchange think nothing of suing teenage music listeners, and points out that:

They’re well aware that the Audio Home Recording Act of 1992 permits you and me to make noncommercial recordings of broadcasts and since they’ve failed to get the law changed they’re going to back-door it if at all possible.

Nevermind it might make more sense to make it really easy for Internet radio listeners to buy songs or albums or collections by artists they hear on Internet radio. Then it would be an advertising and sales channel far better than traditional radio ever was.

We’ll see what happens. Will Markey make them the sides actually deal? Or will this attempt to avoid legislation end up with something worse than Congress would have produced?

Meanwhile, what this has to do with open participation through a fast Internet is probably obvious. Only a (sort of) fast Internet can handle Internet radio, and Internet radio is an example of a newish service that lets small organizations play. Which big content providers don’t want, since they want big streams of income from many customers to make profits from hits with sunk costs. They don’t know how to handle the long tail.

These are the same content providers for which the incumbent duopoly ISPs want to optimize their networks. Should we trust the duopoly to preserve open access for small content providers and other participants? Or should we find a way to require net neutrality or to get more ISP competition, or both?