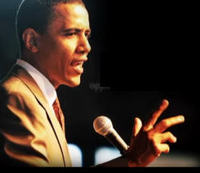 U.S. presidential candidate Barack Obama says he will appoint a Chief Technology Officer (CTO) for the government, and he has specific tasks for this person, which go well beyond the current administration’s reactive defensive technology policies. For example:

He wants Cabinet officials, government executives and rulemaking agencies to hold meeting that are open to the public and transmitted with a live feed. The CTO’s mandate will be to ensure this happens. Specifically, Obama wants the public to be able to comment on the White House website for five days before legislation is signed.

Well, that would be a bit different from the current FCC, which doesn’t even announce hearings on its own web pages. Obama wants telcos to get money from the Universal Service Fund only if they provide broadband access in addition to Plain Old Telephone Service(POTS). He wants to revisit the 700 Mhz spectrum auction to require winners to lease out the specturm they get. He wants to review the H1-B visa program to increase training of Americans.

Obama also is supporting network neutrality, a policy that would ensure Google wouldn’t be forced to pay an Internet service provider extra to ensure the speedy transfer of its data over the Internet. Stanford legal expert, Larry Lessig, called me up this afternoon (apparently under recommendation from the campaign) saying Obama has the most nicely balanced policy among the democrats. Obama’s plan, he says, imposes minimal regulatory burden. So: Unlike John Edwards who, proposes to “enforce net neutrality ensuring no degradation or blocking of access to websites,” Obama would not ban differential service. He would simply require that the terms offered one website or company are no better or worse than those offered anyone else. This is a kind of “most favored nations” network neutrality, much simpler to enforce than one that looks to technical factors to determine whether the regulation is obeyed. Venture people should be very interested in this, Lessig says, because “if network neutrality regulation is going to be passed (as it will if a Dem is president) this imposes a very minimal (and relatively easy to monitor) burden on network owner.”

There are various other things in Obama’s plan. Finally, he wants to make available the government data that external entities such as maplight.org and sunlightfoundation.com need to monitor government regarding corruption and influence.

It will be interesting to see what other presidential candidate can match this rather wide-ranging plan to drag the U.S. government kicking and screaming into the 21st century.

One thought on “Obama’s CTO”