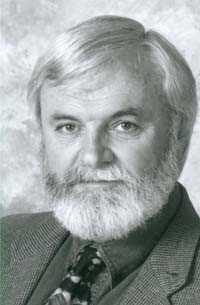 As usual, net neutrality was the top censored news story of 2007:

Throughout 2005 and 2006, a large underground debate raged regarding the future of the Internet. More recently referred to as “network neutrality,” the issue has become a tug of war with cable companies on the one hand and consumers and Internet service providers on the other. Yet despite important legislative proposals and Supreme Court decisions throughout 2005, the issue was almost completely ignored in the headlines until 2006.1 And, except for occasional coverage on CNBC’s Kudlow & Kramer, mainstream television remains hands-off to this day (June 2006).2

Most coverage of the issue framed it as an argument over regulation—but the term “regulation” in this case is somewhat misleading. Groups advocating for “net neutrality” are not promoting regulation of internet content. What they want is a legal mandate forcing cable companies to allow internet service providers (ISPs) free access to their cable lines (called a “common carriage” agreement). This was the model used for dial-up internet, and it is the way content providers want to keep it. They also want to make sure that cable companies cannot screen or interrupt internet content without a court order.

This is the first I’ve heard that “Internet service providers” other than cable companies are on the side of consumers. Doubtless AT&T will be gratified to hear that version. Oh, wait: later the same writeup refers to “cable supporters like the AT&T-sponsored Hands Off the Internet website.” Also, what’s this about free access? Free as in speech, or free as in beer? The writeup goes on to try to be even-handed aboout the “debate”, thus conceding the frame to the duopoly. Judging by the credits on each story, the list seems to have been compiled by undergraduates with light faculty supervision. Apparently it’s Soc. 330 by sociology professor Peter Phillips. Ah, there is a panel of judges that selects the order.

Somehow I suspect that if mainstream television covered net neutrality, this is about the level of accuracy we’d get. However, from what I’ve seen in the news, the writeup is probably right that there isn’t much TV coverage and not much more newspaper coverage. Should it be the top of the list? Well, if the Internet gets dumbed down like newspapers and TV, we won’t hear much about anything on the list.