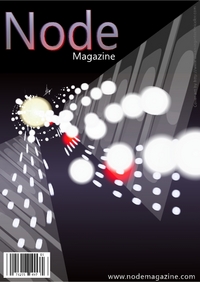 This is the path to net neutrality:

1. The Users Revolt. As advertisers focus in on social networking sites, users revolt against this trend, and power shifts in the worlds of Social Networking from owner to user, on issues ranging from Second Life rules and Facebook privacy to Cellphone Billing. Users will gain new leverage.

He picks up on some of many signs of users’ discontent, such as Facebook’s Beacon fiasco:

2. The Phone and Web Worlds Will Merge. Or: Walled Gardens Get RoundUpped. Net Neutrality will prevail; carrier and ISP garden walls will fall. Box guys will win over Pipes guys. Handheld makers will win over carriers, a la Apple and Nokia. Samsung, Microsoft, and Google now join them in control.

Tribes move from phones to the Web as part of this merger. Question: How do you carry your tribal affiliations around on the Web? Widgets let you put them in Facebook, but —

3. Content Has No Boundaries. Or: By Expanding, the Web Disappears. Content will be provisioned to every device, making the “Web” seem an outdated idea, like “multimedia.” As it moves onto phones and TVs, it becomes invisible. I want the service; I don’t want its history. The separation between print and Web providers becomes outdated. Everyone distributes everywhere.

Of course, Mark Anderson isn’t the first to say that:

“Well, one character says that cyberspace is inverting, turning inside out. I have a feeling that being aware of being connected will be an anachronism, because we’ll be connected all the time. I have this inkling that the whole idea of cyberspace is going to seem fabulously quaint in 20 or 30 years.”

I think of that every time I hear somebody refer to anything online as “virtual”. Seems like it’s increasingly becoming the other way around. Online is where we google for the tracks people leave in cyberspace before we encounter them in a local temporary manifestation in meatspace. People don’t like their online experiences being tampered with by ISPs, and that’s why net neutrality will win in the end.

Anderson has reason to be optimistic: