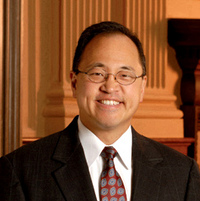 I previously posted a pointer to Barbara Cherry’s examination of antitrust history in response to Dave Farber’s posting of an op-ed against net neutrality. Dave responds:

( INDEED I AM NOT A LAWYER AND SO I ASKED PROF. YOO, ON THE FACULTY OF PENN LAW AND ONE OF THE AUTHORS OF THE EDITORIAL, TO REPLY TO THIS NOT — IN PARTICULAR PROF. CHERRY’S COMMENTS. DAVE FARBER)

Dave Farber forwarded me a recent e-mail asking for a lawyer’s reaction to Barbara Cherry’s recent presentation and paper questioning whether antitrust law can protect against the harms envisioned by network neutrality proponents. As the only lawyer among the co-authors of the op-ed that Dave, Michael Katz, Gerry Faulhaber, and I worked up for the Washington Post, I am happy to offer a few thoughts. (Those interested in a different take on the relationship between network neutrality and antitrust law may want to look here: http://ssrn.com/abstract=992837.)

Barbara’s work is based on a theory advanced by Neil Averitt and Robert Lande that would place consumer choice at the center of antitrust policy. As Averitt and Lande explicitly recognize, their theory would represent a fairly significant break (they would call it a paradigm shift) away from current antitrust law, which focuses on maximizing economic (and particularly consumer) welfare.

Interestingly, antitrust law once was quite friendly toward the consumer choice perspective that Barbara favors. (I review these developments in vol. 94 of the Georgetown Law Journal at pages 1885-87, http://ssrn.com/abstract=825669.) Early cases like FTC v. Brown Shoe (1966) and Times-Picayune Publishing v. United States (1953) invalidated exclusive dealing and tying contracts (which are among the types of antitrust practices most similar to network nonneutrality) because they infringed on unfettered consumer choice.

The rest of Dr. Yoo’s response after the jump, and my response in a following post.

Over time, however, the Supreme Court and antitrust scholars began to recognize that some restrictions on consumer choice can actually benefit consumers. For example, boutiques survive by using exclusivity over certain goods to target a subset of overall consumers that place a particularly high value on those goods. They survive despite having lower sales volumes and at times higher costs by charging a premium for those goods and by providing higher levels of service. On other occasions, exclusivity arrangements can establish how value will be divided between manufacturers and dealers so that both can focus on maximizing the size of the pie rather than on how to divvy it up. On still other occasions, exclusivity arrangements help both parties guard against opportunistic behavior. Still other efficiencies are technological. All of this became orthodox doctrine in the Supreme Court’s 1977 Sylvania decision and has been followed in Supreme Court decisions ever since. The focus is not on consumer choice as an absolute value, but rather on overall consumer welfare. In other words, consumers benefit most from a mix of boutiques and department stores.

In a broader sense, both antitrust law and antitrust scholars now recognize that competition in which each product is available from each retail distributor and competition between large, vertically integrated enterprises represent alternative ways to organize an industry. A good illustration of this is the evolution of antitrust policy with respect to long distance telephone service. We broke up AT&T in 1984 in order to make sure that every person could choose their own long distance service. In contrast, mobile services do not allow consumers to choose their own long distance provider. Instead, they must use the one that the mobile provider has chosen. And yet no one would suggest that either mobile phone service or long distance service is not highly competitive. There are many other examples as well.

Thus, modern antitrust law recognizes that consumer choice represents just one way to make consumers happy. Sometimes consumers benefit more from giving up choice in order to pay cheaper prices or to obtain goods that they like better. All of these considerations are integrated into the consumer welfare paradigm embodied in current antitrust law. Adopting Averitt and Lande’s approach, as Barbara proposes, would require dialing back thirty years of Supreme Court precedent.

Barbara’s interpretation of network neutrality as part of a broader movement away from industry specific regulation and a reversal of the shift from common law to statutory law to administrative law is also quite novel. As an initial matter, I am not sure I agree with some aspects of Barbara’s characterization of the regulatory history. She claims that recent FCC decisions stripped broadband of common carriage status. While that is true for DSL, cable modem and wireless broadband services were never subject to common carrier regulation. Thus antitrust law’s inadequacies in dealing with cable modem and wireless broadband services cannot properly be characterized as the result of the withdrawal of industry specific regulation. In addition, she suggests that previous deregulation of the transportation industry did not involve the removal of common carrier status. It is my understanding that railroad, bus, and airline deregulation did actually remove most (of not all) of the major common carrier requirements.

On a more fundamental level, Barbara’s reading of the regulatory history diverges from the conventional justifications for regulation, which traditionally relies on the premise that telecommunications networks are natural monopolies. As technology makes competition possible, it is natural for regulation to pull back.

There is no question that both regulation and antitrust law may have to adjust in response to these developments. For example, the advent of competition may give regulators a larger role with respect to consumer protection. In addition, certain antitrust doctrines (such as the filed rate doctrine) may need some adjustment, although the fact that broadband is not tariffed automatically makes that adjustment. This challenge seems quite manageable. Indeed, the Antitrust Modernization Commission chartered by Congress and chaired by FTC Chair Deborah Majoras recently undertook a comprehensive review of the antitrust laws to determine whether they needed to be adjusted to deal with the new global, high-tech economy. The Commission found that there was no need to establish separate rules for high tech industries and concluded that no major statutory changes were necessary. The Commission instead suggested more evolutionary changes, such as greater clarity regarding the legal standards to be applied by courts and enforcement authorities and a more refined assessment of market dynamics.

Thus the pullback of regulation is part of the natural evolution wrought by improvements in technology that are opening increasing portions of the economy to competition. On the one hand, the withdrawal of regulation creates greater scope for antitrust jurisdiction, as the responsibility for overseeing areas previously supervised by agencies shifts to antitrust courts. On the other hand, greater competition also generally goes hand in hand with a reduction in antitrust intervention. Indeed, the benefits in the telecommunications industry are legion. Telephone prices have never been cheaper, and cable and wireless has begun to offer telephone service in direct competition with local telephone companies. Telcos and satellite broadcasters have begun to compete with cable in multichannel television. The deployment of broadband is in the process of bringing services that previously did not compete with one another into direct competition.

Thus many of the issues that Barbara views as problems result from the novel point of view she is advancing. Many (if not all) of what she sees as problems seem quite natural from the standpoint of conventional antitrust law. This is not meant as a criticism. It is Barbara’s mission as a legal scholar to question the conventional wisdom and to propose new ways of looking at the law, and this article represents a nice example of such an effort. What is less clear is whether the problems that she identifies can properly be regarded as a sweeping indictment of antitrust law’s ability to address the problems implicated by the network neutrality debate. Many of the perceived inadequacies of antitrust law stem more from her disagreement with economic approach that lies at the heart of modern antitrust law than with any inability of antitrust to be able to address the problems that arise in the New Economy.

While I appreciate Dr. Yoo’s response, I don’t really find it responsive to Dr. Cherry’s points or to the facts on the ground; more in a following post.