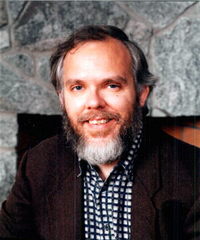 David P. Reed asks a question and Christopher S. Yoo responds on Farber’s Interesting People list. I’m posting both in full here, with my thoughts at the end; basically, law isn’t a science, and anecdotes can turn into legal cases; some have already regarding net neutrality.

Is there a well-regarded (one might ask for scientifically reasoned) argument that antitrust law as currently interpreted and practiced has a substantial impact measured in some currency like $ on social welfare?

Otherwise this entire argument is about nothing more than vaporware proceeding from a faith that competition (however loosely defined) creates social welfare best. AFAIK, this is largely an article of faith, just as the “End of History” was a grand article of faith posited by many of the same people as “truth”.

It is just not fair to imply that the core of “today’s settled antitrust law” carries even the level of weight as Darwin’s Theory of Evolution. There have been no replicable studies of its practice.

Law professors and lawyers who don’t challenge its truthiness squarely are merely behaving as dogmatic mandarins always do – asserting authority of professional status, rather than rigor of reasoning, experiment, or argument.

I say this not as FOX News or Hillary Clinton would call an elitist, but as a person who genuinely is unconvinced by magical faith in authorities.

That’s Reed’s question. Yoo’s response, and my thoughts, after the jump.

I see Dr. Yoo has still not directly addressed competition in Internet provision, such as the massive decrease in numbers of ISPs as the FCC stopped enforcing UNE. As for anecdotes, the recent incidents of AT&T censoring Pearl Jam and other bands, Comcast and Cox stifling BitTorrent (and sometimes Lotus Notes), etc., are the sorts of anecdotes that lead to lawsuits, which would exercise the antitrust law that Dr. Yoo advocates as a solution. At least one of them already led to complaints to the FCC.

As for customer harm, why is it that Japan, which has some real ISP competition, has Internet access speeds ten times that of the U.S.? Why is it that countries that have four or more ISP competitors tend to have faster customer speeds?

Note I did say “customer”, not “consumer”. “Consumers” passively consume what broadcasters send them, as in cable television. Internet participants can just as easily produce and share content, if ISPs don’t get in their way. This is what net neutrality is about.

Framing the discussion as about “consumers” assumes centralized control. The Internet is about participation.