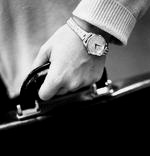 Here’s a take on why telcos so adamantly oppose net neutrality:

The eager and almost rabid application of Porter’s “Five Forces” (Supplier Power, Customer Power, Threat of New Entrants, Threat of Substitute Products, Industry Rivalry) to technology products and services has bred an entire generation of MBAs in marketing positions dedicated to developing and maintaining closed systems and closed hardware platforms. This is particularly egregious in the case of business models that are effectively based on distribution channels. In conventional analysis there is nothing wrong with making your living on distribution channels. Remember, that in 1979, when Porter developed the Five Forces framework, distribution channels were highly expensive to create and maintain and, owing to these costs, constructing them effectively presented a significant barrier to entry. Your product didn’t even have to be particularly good, because the threat of substitutes was reduced via the difficulty and expense of the competition actually getting those substitutes (however good they might be) to your customers. Suppliers, if they wanted access to your customer base as a proxy to sell their raw materials, had to go through you. New entrants had to build an entirely new distribution channel. Customers were stuck. You owned the market. But you had to guard this distribution channel carefully. And you had to make sure you hadn’t forgotten something simple and critical. That’s not part of a conventional Porter analysis. But why would it be? Conventional distribution channels are quite physical, antique and boring.

To spell out the telco connection:

Run the way-forward machine (sounds like a Tory convention platform, no?) ahead 30 years and distribution channels for products like software and the like are infinitely cheaper. Suddenly, one has to find other ways to reduce customer power, the threat of substitutes and the threat of new entrants. Like create a real product that consumers actually like. Imagine that.

Coming full circle, we arrive at the business model for every telecom company on the planet. The amazing part to me is that, almost De Beers like, wireless providers have managed to somehow maintain the fiction that they maintain massive proprietary networks, and price data transmission accordingly.

$0.10 per SMS at 160 characters per message works out to around $1,000 per megabyte. This is easily 100x the revenue extracted from shipping TCP/IP data over “cellular networks,” with the most expensive providers, and yet, functionally, SMS is vastly inferior to TCP/IP instant messaging services on almost all counts. SMS is limited by message size, media type, and it is high-latency. This triumph of premium pricing over a total mismatch in supply-demand dynamics for the functionality makes SMS one of the great marketing accomplishments of the century (hence my De Beers reference). Of course, the distinction between “great marketing accomplishment” and “consumer fraud” can be quite thin, but, then, this is the essence of Porter and shades of interpretation at the FTC.

This is what the current U.S. administration’s doctrine of “market failure” is really about. Any market is considered to have failed unless it has proper closed distribution channels to support traditional locked-in consumers.

If Apple follows the experiment to its logical conclusion, we should see them buying a wireless provider one of these days. Or building one. Flat fee for (true) unlimited data couldn’t be far behind. Could it?

Why do I love Apple, despite all peer pressure and conventional wisdom? They understand that superior products kill three porter birds with one stone. They eliminate substitutes, increase development costs (and therefore reduce new entry threats) and decrease supplier power. Locking consumers into a closed system only gets you one, and pisses your revenue source off at the same time.

Why do I love Apple? They intend to make money because of my desires, not despite them.