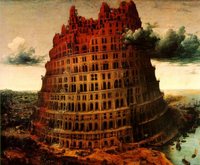 Here’s an interesting directive from the White House:

The order requires federal officials to show that private companies, people or institutions failed to address a problem before agencies can write regulations to tackle it. It also gives political appointees greater authority over how the regulations are written.

How does this work?

FTC Chairwoman Deborah Platt Majoras said that without evidence of “market failure or demonstrated consumer harm, policy makers should be particularly hesitant to enact new regulation in this area.”

Any proposed regulation must always be considered carefully to ensure that it carefully targets a specific market failure and that the benefits of the regulation are expected to exceed its costs.

It seems pretty clear that this Executive Order formalizes and gives a specific federal institutional home to something that has already been happening, in and beyond the federal government. Put the burden of proof on anyone except the incumbents, and require any proof to be run by political appointees who have no interest in accepting that proof. Neat, eh?

Much neater than having real competition or noticing that the rest of the world is passing the U.S. by.

The USSR also put political commissars in charge of everything, under top-down command and control, while pretending to be better than the rest of the world. That didn’t work out too well in the end.

The U.S. can continue pretending to promote existing incumbent monopolists and duopolists in the name of competition, or it can get on with real competition and move ahead from being number 25 worldwide and catch up with Japan, Korea, Sweden, France, and Canada. Or we could wait until we have to catch up with India and China, too.

Proponents of net neutrality need to look farther afield than the Internet alone. The tactics being used to suppress competition, such as “market failure” and “franchise reform” and copyright often start outside the Internet