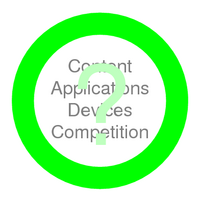 Maybe attacking Kevin Martin’s vanity is the way to get net neutrality, or at least that seems to have backfired on Comcast:

Remember how Comcast this week told us that 1) the FCC's "Internet policy statement" (PDF) had no legal force and 2) that the agency might not have the authority to enact such rules even if it wanted to? Those theories will soon be put to the test, as Republican FCC Chairman Kevin Martin now says he wants to rule against Comcast in the dispute over the company's P2P upload throttling. Score one huge, precedent-setting win for net neutrality backers.

Martin stands up for "principles"

Martin broke the news Thursday evening by way of the Associated Press, telling them that "the Commission has adopted a set of principles that protects consumers' access to the Internet. We found that Comcast's actions in this instance violated our principles."

The decision could be an historic one, but not for its actual effect on Comcast. The cable company has already announced plans to transition away from the current throttling regime to something that looks more at overall bandwidth use rather than particular applications. Trials in Pennsylvania are currently underway on the new system, set to be deployed by year’s end. Martin’s order would therefore not require the company to do anything new, but it would have to provide more detail about past and future practices.

Lots of sound and fury signifying…?

I’d say it’s a bit too early to say Scott Cleland was wrong when he said enforcement of the FCC’s net neutrality principles was “preposterous”.